Paul and Tony discuss Quadrotech's quick and efficient managed migration process, which recently helped a global cosmetics brand migrate archive Enterprise Vault data to Office 365.
了解详情
Show Transcript Hide Transcript
So Tony, I understand, because I'm very tuned in to the global beauty industry, I understand here we just completed a very large project for a major international beauty brand. Tell me a little bit about that. That's right, Paul. The customer was Global Cosmetics Company that had over 130 terabytes of enterprise data they wanted to migrate to Office 365. That's a hell of a lot. It is. And to add to that, they wanted to be selective about what they migrated. So they only wanted to take active users and wanted to leave the orphaned users behind. Is that common? I mean, is that a common challenge that you face when you're doing these kinds of migrations? It is pretty common for users to want to be selective. But, actually, one of the benefits that our product has is if the user wants to migrate those orphaned users, we call them leavers, we have a process that automatically works through creating a mailbox, applying the licenses, and applying the litigation hold, and allowing the customer to totally get rid of their on premises archive solution. Nice. So as part of the migration, they can choose what they want to keep, who they want to keep, and which data they want to abandon, or leave-- Exactly. Exactly. What are the kind of challenges did you run into? I mean, 130 terabytes is a pretty significant amount of data. Right. So obviously with 130 terabytes, speed is always going to be of the essence to be able to get the project completed. What kind to speeds were they sent? We were seeing up to two terabyte a day with just one Office 365 ingestion model. So you could have gone faster with multiple modules, if that was important to the customer. Yes. Absolutely. That's kind of cool. So were there any other challenges that you ran into? I mean, with a large complicated project like that, how did the customer minimize the risk of the migration to make sure that everything went smoothly? So primarily, the customer just chose to have us manage the migration for them. They didn't want to take time to have to learn how to do a migration project that they're only going to have to do once. Right. So they leaned on our expertise. My team stepped in, and managed the day to day operations of the migration, make sure everything did the daily check points, make sure everything's moving, and was able to get the project done quickly and efficiently. So essentially, they signed a project agreement. Exactly. We did all the work. We delivered a successful on-time migration with all the data preserved, they wrote us a check, and then that was it. Yeah. And the great thing is the customer is estimating that their three year ROI is going to be about $2.2 million. Wow. Just from eliminating their legacy archive and moving everything to the cloud. Exactly. That ROI is about 800% of the cost of the project. That's fantastic. It's better than Bitcoin. Yeah. I have to call that a pretty significant success story. Yes. Exactly. So if you're interested in being the next migration success story using Tony and his team to migrate your legacy archive data, drop by quadrotech-it.com and have a look at our service offerings and products. Thanks. 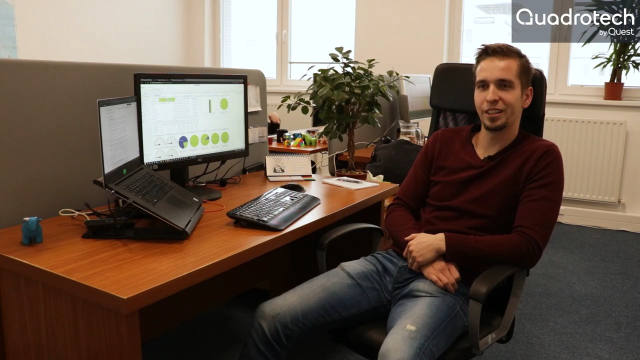 Let’s face it. Migrations are complicated. You have to manage all the moving parts, all while retaining end user access to data during migration. That’s why it’s essential to rely on an organization that has successfully completed hundreds of enterprise migrations. Learn more about our fixed price, fixed outcome email archive migration services. 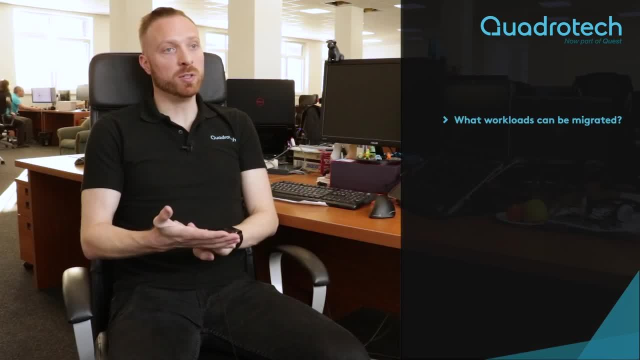 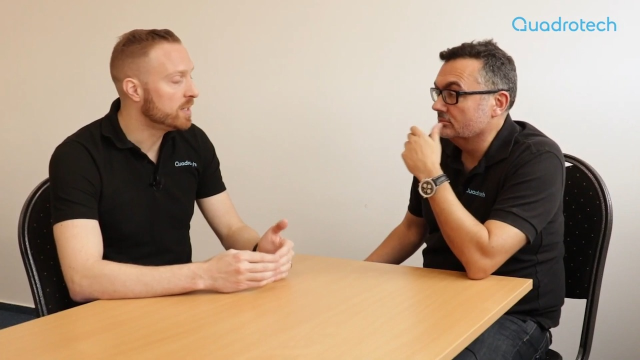 Migrate Microsoft Teams to another tenant: What you need to know

Mike Weaver and Nigel Williams discuss the key considerations when you migrate Microsoft Teams to another tenant. This migration has become increasingly essential, especially for firms engaging in mergers, acquisitions or divestitures, so here Mike and Nigel outline best practice advice and a few words of warning.